Here at Gray and Co Solicitors we provide legal advice on all areas of criminal and military discipline. Our expert military solicitors also provide support at Barracks and have substantial experience of advising personnel posted in Germany, Iraq and Afghanistan.

Choosing a Military Solicitor for your Defence

Being tried for any type of offence can be distressing, but we understand that being charged with a military law offence can be a particularly tough time for both you and your family. In order to relieve some of the strain and be in with the best possible chance of success regarding your case, you need to opt for an experienced and dedicated barrister to support you throughout your trial.

Our team of expert military solicitors have successfully defended at Court Martials for all different areas of military discipline spanning from absence without leave to group affray on camp. As we deal with crime on a daily basis we have accurate and timely information on law relating to the armed forces; ensuring you have an effective defence. Below you can find some information on the different types of military offence; of course we’re always happy to hear from you should you require any support or legal advice.

As is the case with other areas of law, summary offences within the Armed Forces Act 2006 are the least serious offences carrying the least severe punishments. Summary offences are tried by either your commanding officer or a subordinate commander through a summary hearing.

The maximum punishment for a summary offence is 90 day’s detention providing the commanding officer has successfully obtained approval from a Higher Authority prior to the hearing. A commanding officer can subject you to 28 day’s detention without the approval of a Higher Authority. Alternatively you may be subjected to a fine or minor punishment.

A maximum of 12 months imprisonment applies for each separate offence; if you’re being charged with more than one offence consecutively your imprisonment will not accumulate to more than 65 weeks. You could also incur a fine or community service order. If the Court decides the case is too severe or complex you may be referred to the Court Martial.

If you’re under the age of 21 the same maximum sentencing applies you would however, be detained in a young offender’s institution for the duration of your sentence.

A court martial is a military hearing that deals with breaches of discipline which are too severe for the commanding officer and subordinate commander to deal with. It mirrors the general procedure of the Crown Court. You can expect to see a judge advocate and a Board (similar to a jury) of between three and seven members which consists of officers and warrant officers. The verdict is decided by a majority verdict from the Board of ‘guilty’ or ‘not guilty’.
Maximum punishments for Court Martial hearings include: a maximum of life imprisonment within a civilian prison for particularly severe offences; a two year maximum detention at the Military Collective Training Centre; dismissal from the armed services and an unlimited fine.

Before being tried by Courts Martial or Summary Appeal court you will be interviewed by the police. At this stage, you are entitled to have an army solicitor present free of charge at any police interview – RMP, SIB or civilian. You should never be interviewed without legal representation and it’s advisable to select a legal expert in the military field, like Gray and Co’s military solicitors, for the best chance of success.

You may be entitled to legal aid funding for your military law case by the Armed Forces Criminal Legal Aid Authority, in this instance you will still have the opportunity to choose your own military solicitor for representation. Here at Gray and Co, we have the knowledge and expertise to provide you with appropriate defence for your military case; we have a team of military law solicitors here to provide you with legal advice and guidance through this difficult time. Simply give us a call on 01244 344299 or fill in our online contact form to receive support and a free initial consultation. 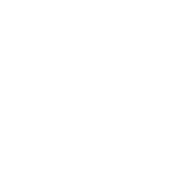