Causing Death by Careless or Inconsiderate Driving Skip to the content


If you have been charged with causing death by careless or inconsiderate driving you will face up a disqualification from driving and the possibility of five years imprisonment.

Everyone is entitled to the right to defence and if you would like to contest the allegation in court we sincerely recommend consulting a specialist driving solicitor, like Gray and Co, to put forward an effective argument.

The least serious cases of this offence are those where the culpability of the defendant is low. An example of this would be a situation in which a driver misjudges the speed of another vehicle, or turns without seeing an oncoming vehicle because of restricted visibility. Although the offence has resulted in death, the lowest level of seriousness does not warrant a custodial sentence.

You will be charged with the most serious level of this offence if your driving was considered to just fall short of dangerous driving. Aggravating factors such as previous motoring convictions/driving bans can also increase the seriousness of the offence and affect the level of punishment. This level of the offence can lead to a significant custodial sentence.

There are many different aggravating and mitigating factors that the courts will take into account when sentencing a death by careless driving offence. It can be incredibly hard to defend yourself in court against such a complex offence.

Here at Gray and Co Solicitors we have dedicated motoring solicitors who can help provide you with the defence you deserve and are legally entitled to. Simply give us a call on 01244 344299 or use our online contact form to speak to one of our team who will help to establish the best way forward for you and your family. 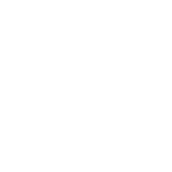