SOLICITORS and barristers have joined forces to block the Coalition Government’s plans to radically change Britain’s justice system.
They fear Justice Secretary Chris Grayling’s proposals to slash the costs of legal aid will do away with a justice system that has served Britain well  for centuries, and ultimately lead to more miscarriages of justice.
“It’s incredibly desperate where we’re at and we are here today to try to save our professions,” Michael Gray told solicitors and barristers at a meeting, organised by Gray and Co, in Chester on April 26. 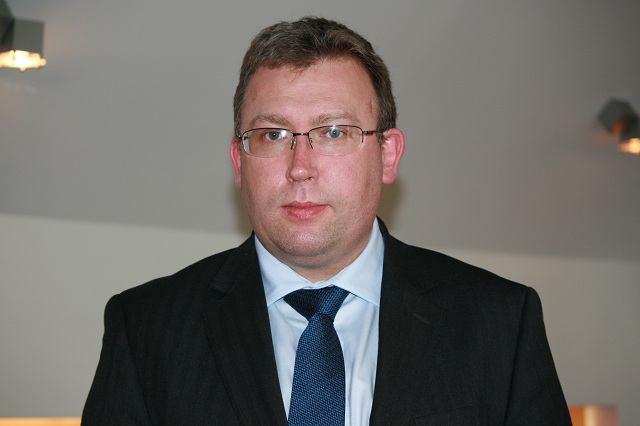 Michael Gray arranged and headed up the meet up to contest Chris Grayling’s proposed legal aid cuts.
“Do we really want the likes of Tesco and Eddie Stobart running Britain’s justice system?”
Under attack is the Mr Grayling’s Price Competitive Tendering System (PCT), which could force almost two thirds of solicitor firms out of business over the next few years.
Solicitors would have to ‘bid’ for legal aid cases, with the Government favouring large firms which can take on huge numbers of cases for the lowest price.
“It’s basically justice on the cheap,” Mr Gray said after the meeting.  “Defendants certainly would not get to choose which solicitor they wanted to represent them under the new rules.”

On the left: those for PCT, on the right those against PCT. A unanimous vote against PCT.
The Government insists there would be quality controls in place.
But lawyers fear it will amount to a ‘tick box’ system which doesn’t assess the defence adequately and merely asks for a few formal requirements.
So far, 25,000 people have signed a petition to stop the proposals.
But lawyers need more people to sign up at http://epetitions.direct.gov.uk/petitions/48628
“We are appealing to everyone to sign this petition,” said Mr Gray.  “Every vote is another step towards saving our profession and ensuring that the standard of legal aid for some of the poorest people in society is not affected.”
If 100,000 sign the petition, the proposals will have to be debated in Parliament. 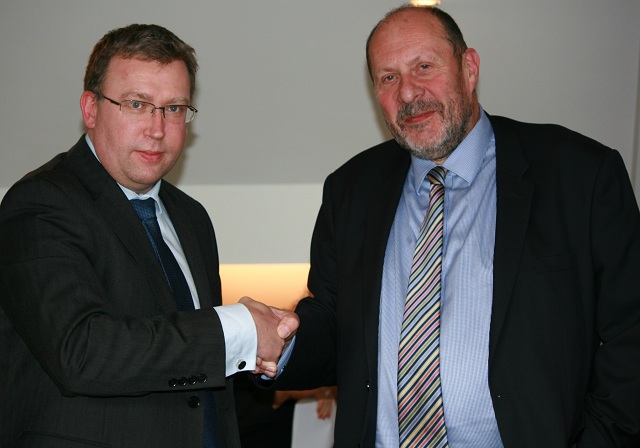 Michael Gray and Chris Johnson leading solicitors and barristers to unite against the cuts.
Chris Johnson, a solicitor from Mosshaselhurst Solicitors, also spoke at the meeting.
“In my opinion there won’t be many high street firms available for the general public to approach for legal work in the near future,” he said.
“Instead, the work will go to banks, insurance companies, and people who count up the numbers and don’t care about the people and their clients.”
He added:  “We’re not just fighting for our jobs and for our firms. We’re fighting for the freedom of the individual.”
The Coalition Government’s consultation ends on June 4.
Quote sources:
Michael Gray, Gray and Co Solicitors – http://www.grayandcosolicitors.co.uk
Chris Johnson, Mosshaselhurst Solicitors – http://www.mosshaselhurst.com/